Hi, I’m Jordan Sandler. I’m a media trainer, meteorologist and former television broadcaster who specializes in working with scientists. Over the years I’ve trained TV news anchors on how to be more captivating on-camera, pro athletes and CEOs in preparation for media appearances, and a wide variety of individuals wanting to eliminate their fear of public speaking. The key to great speaking is to exude confidence. I take pride in helping people quickly bring this to the surface as we get down to business on your specific speaking goals.

I’ve been writing for television since 2003, and took home an Emmy Award for news storytelling in 2009. On-camera, I’ve worked as a Chief Meteorologist, Breaking News Reporter, Sports Anchor, and Entertainment Show Host with national appearances on several networks including CBS, CNN and MSNBC.
Science advocacy is my greatest passion, and in 2017, I created a 19-part science series, “Your Weekly Dose of Whoa!”, geared toward inspiring an appreciation for science amongst local FOX and NBC news viewers in Louisiana.

I believe scientists should be powerful messengers of their own research, and I’m determined to make this happen. I’m currently advocating for TV stations to feature scientists and research on the news, but I recognize it’s essential for scientists to feel comfortable in media interviews themselves. In my 1-on-1 Media Training for Scientists, we practice a live 2-min interview, speaking in soundbites, and cover any questions you have about the media. Even if you don’t expect to be approached for an interview any time soon, this training will be a valuable tool in your back pocket through your career.

(Details on my Services page.) 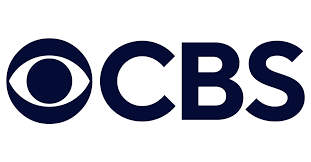